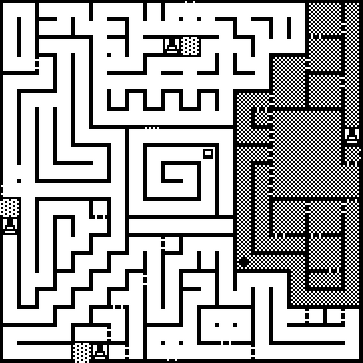 - Enter the north door to get Dragon Sword from a ghost around 8E, 14N

- Enter the north door to get the Gem of Power from a mob of Magicians.

Unknown what this is in reference to.

Unknown what this is in reference to.

- 1E, N2 - World Note - “Only a powerful weapon can slay the beast that guards the staff.”

Potentially referring to the map not being revealed until traversing back down from Level 10.

- 12E, 8N - World Note - “The dragon may be driven off with blunted weapons, but only a Dragon Blade will”

Description cut off. Assuming that only a Dragon Blade will work. 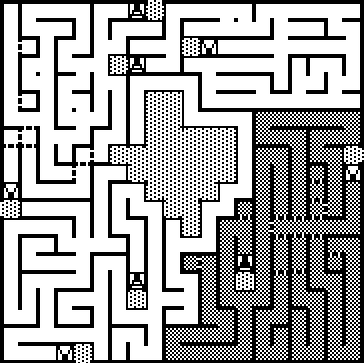 - When coming up from the East, the Gem Of Power can be found on random mobs.

The blank piece of Cirinik's puzzle is used multiple times. 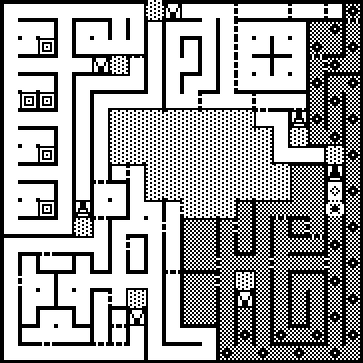 - When coming up from the West, the Sword of Stealth is available on random mobs.

- When coming up from the North, the Fire Shield and Demon Sword are available on mobs - near 5E, 17N.

- When coming up form the South, the Fire Shield is available on random mobs.

The Castle has an exit from The Catacombs at this location. There is no entrance.

The Spider Amulet from Level 2 opens this wall. 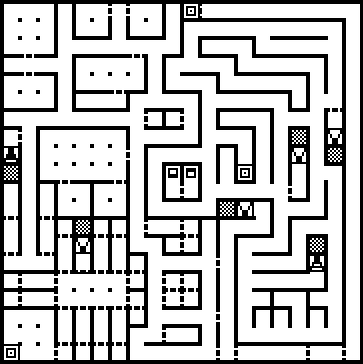 - Ring of Quickness, Frost Shield and Staff of Healing are available on this floor randomly.

- 17E, 14N - World Note - “Strike not against those who offer no threat.” (refers to a guy who waves at you who has a Staff of Fire. Do NOT kill him or part of the tower will be closed off to you!)

- 0E, 13N - World Note - “The path of the final testing extends through three levels of this tower.” 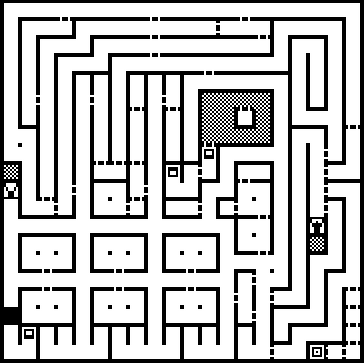 If you set a homing stick at 0,0, (on south side of frozen pool) you can quickly advance your characters by going up to L6 and back down again. Each character in your party is rewarded with 10,000 pts the first time, but 100 pts every time after, so going up and down the rope and to the corner over and over again, you can quickly raise your party by 5000 points by doing this quickly 50 times. This is a good way to earn a few points quickly if you are near leveling up.

- Shield of Giants and Sword of Heroes available on this floor randomly.

-  0E, 0N - Popup Note - “You have completed the first part of the journey through the Great Tower. You have all gained much experience.” 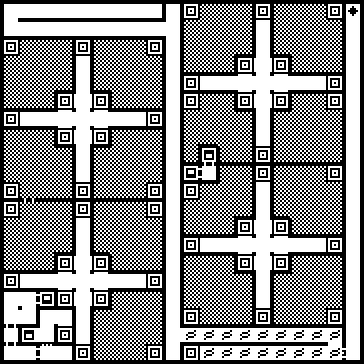 - 0E, 1N - Popup - “Congratulations. You have completed the second part of the Journey. You have learned much, and grown.”

Potentially referring to an alternate and incorrect solution to Cirinik's Puzzle. 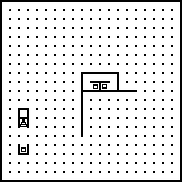 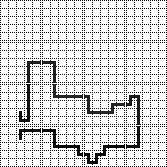 Cirinik's Puzzle solution is the path to walk through Level 7. A blue dragon wanders the halls of Level 7.

- 2E, 5N - Popup - “Congratulations. You have completed the third part of the Journey. You have learned much, and grown.”

When stepping into this square from the east (possibly all directions), walls go up around the party and they are trapped. 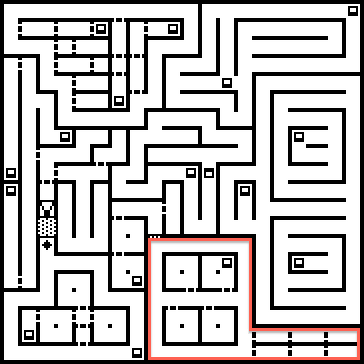 The highlighted section does not appear to be reachable. The portal links to a similarly unreachable section in Level 9. 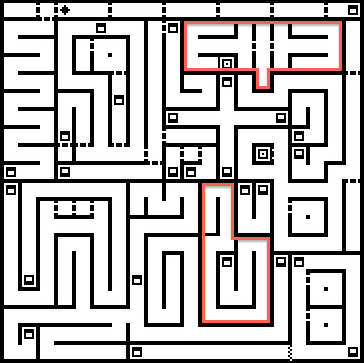 The highlighted section does not appear to be reachable. The portal in the southern section links to a similarly unreachable section in Level 8.

If you say "yes", you will find the "Staff of Fire". When picked up it will ready itself and can not be unreddied until a shaman removes the curse on the weapon. According to Cirinik's Tombe, it is not the true Staff of Fire. Casts FIREB. 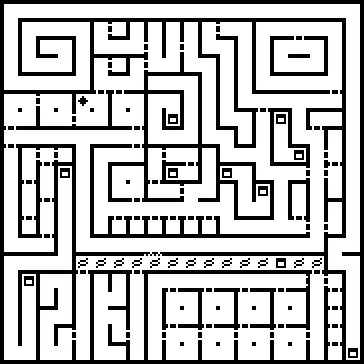 In reference to the number of levels in The Great Tower.

This is the entrance to Level 11. The Ancient Amulet from The Lair allows passage.

Potentially in reference to the red dragon on Level 1. The dragon can be bypassed when looking for the Staff of Life by having a Thief STEAL the Dragon's Tooth, and then having the party retreat. A sharpened Dragon Sword can also fell the red dragon though.

- 10E, 9N - Popup Note - “Congratulations! You have finished the final maze. Now you must find the Staff of Life.”

Take the center portal down to Level 1. 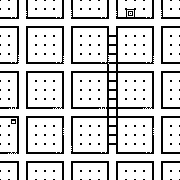 The walls disappear when moving north starting at 12E, 3N.

The teleporter has 3 sides to enter but all appear to go to the same location.

- 1E, 18N - Popup - "A little known fact is that elebrant had a werid brouther named Groucho, and he kept him in this tower."

- 13E, 7N - Popup - "This level still under construction. Advance at your own risk! Hard hats recommended!"

- 13E, 2N - Popup - "Within these rooms lie but samples of the forces controlled by Malokor."

Riddle answer is "big red rock eater". This spawns a ruby dragon which drops a "big red rock". No known use for "big red rock". Dragon is killable using a Dragon Sword that has been sharpened by the Blade Master. Otherwise the dragon will retreat instead of die. Killing the dragon drops no loot.

When answering "yes", this teleports the party back to the Barracks.

Unknown - This teleporter appears to only work when the in game time is "afternoon". When it is the afternoon, teleporter goes to The Great Tower Level 9, E19, N6. This area was previously unreachable.

Kill the blue dragon instead of it retreating. 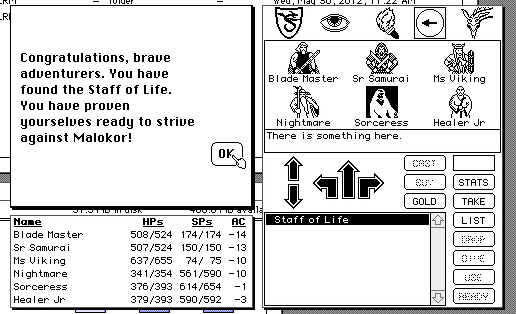 Retrieved from "https://legendsofthelostrealm.fandom.com/wiki/The_Great_Tower?oldid=4151"
Community content is available under CC-BY-SA unless otherwise noted.